Earlier this fall, Vancouver singer/songwriter Siobhan Sloane-Seale released her debut album One Of My Friends, an intoxicating collection of soul-folk gems, rooted in her easy-flowing voice and poetry.

She’s now released the second single from the album, “Mirrorball,” a haunting meditation on everyday life, highlighted by Caroline Allatt’s melodic lead guitar. One Of My Friends may be Siobhan’s introduction to the wider folk-rock world, but it is the result of over a decade of experience within the Vancouver arts scene, and as a social justice activist. After moving from Winnipeg in 1998 to study dance at Simon Fraser University, Siobhan has been a part of many projects as a musician, dancer, and actor, while slowly amassing an impressive collection of original material.

“I don’t have a problem describing what I do as interdisciplinary and eclectic,” she says. “I love collaborating with all kinds of artists, especially when it creates a platform for social change.”
That approach on One Of My Friends resulted in an album with a live and intimate vibe that shines through not only on “Mirrorball” but on other key tracks such as “The Rain Can’t Help It,” the bluesy “Too Far To Go.” Siobhan Sloane-Seale is that rare kind of artist whose positivity is truly irresistible, and more impactful with each listen. 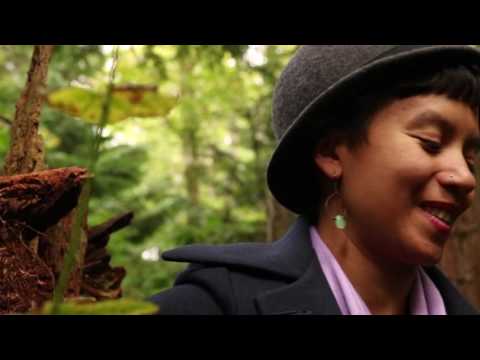