Two years removed from the release of their last album Identity, New Orleans jazz-funk sextet Naughty Professor released their brand new EP Everyday Shredder last month. The group continues to push the limits of jazz-funk with their new release, bringing them back to their roots and highlighting the progress they have achieved as a musical collective over the last few years. The release of Identity was a massive achievement for the band, as it was their first full-length collaborative album and helped them progress into new musical territory, both individually and collectively. Soon after its June 2017 release, Identity hit #6 on the iTunes jazz charts and the single “Stray,” which features David Shaw of The Revivalists, has been streamed over one million times on Spotify alone. Achieving this level of exposure was integral in the members of Naughty Professor to feel more confident in not only their music but themselves.

This confidence has manifested itself in the release of Everyday Shredder, four years since the release of Naughty Professor’s last full instrumental release. In simply giving the EP one listen, it isn’t difficult to notice the differences in the group, both as musicians and songwriters. The tracks are more musically diverse, the musicianship is more noticeable, and the songs are more organic sounding. A large part of the reason is due to the fact that the band members put in the time required to bear down on the writing and recording process in guitarist Bill Daniel’s New Orleans-based Wild Child Studios. Everyday Shredder serves as a notice to all listeners that Naughty Professor’s abilities to create progressive jazz-funk power are further developing and expanding into new musical territory.

In light of the release of Everyday Shredder, it was a perfect time to catch up with Naughty Professor to find out more about this highly talented sextet. We recently spoke with both saxophonist Ian Bowman and drummer Sam Shahin where we learned more about the influence New Orleans has had on their music, their recent voyage to China and how they were received in such a far off land, their new EP Everyday Shredder, and their time spent as the touring band for Chali 2na of the longtime Los Angeles alternative hip-hop group Jurassic 5. 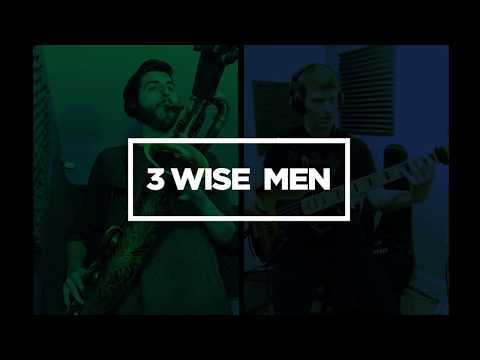 Now I’m guessing Naughty Professor is some sort of play on Nutty Professor? Or am I way off here with this crazy assumption?

Ian Bowman & Sam Shahin: “The name Naughty Professor came from a few different places. The Eddie Murphy film is definitely one source of inspiration; the glorification of silly movies certainly shapes our collective sense of humour. On a more serious level, the name pays tribute to our academic background as a band (we were all music majors in college) and our unconventional approach to songwriting.”

Being based in New Orleans, you really couldn’t ask for a better city to be in with your combination of jazz and funk. New Orleans jazz is its own genre for god’s sake! What aspect of your home city do you think most manifests itself in the sound of Naughty Professor?

Bowman & Shahin: “Part of what makes the New Orleans music scene so special, in addition to the unique jazz sound peculiar to the city itself, is the familial nature of the community. The music scene is undeniably diverse, with a wide spectrum of genres and styles constantly developing and thriving. Having so many styles of music in such a small city breeds an especially eclectic style of collaboration. If you were to walk down Frenchmen Street on a Saturday night, you might see a funk band made up of a blues musician, a jazz musician, a heavy metal musician, a singer-songwriter, and a couple of horn players from a brass band. Most New Orleans musicians are playing with most other New Orleans musicians, and each individual brings their own style to the music, based on their own background and interests.

Naughty Professor has adopted this attitude toward music both compositionally and when collaborating with other musicians.  Our album Identity has a different collaborating artist on each track, stylistically spanning from hip hop to modern jazz to rock n’ roll. We sought out different guests to augment our sound by bringing their own stylistic strengths into our music. Since Identity, we have continued to seek out guests for both our recorded music and live shows who can bring a new kind of energy to our sound, and we strive to write music that represents the eclectic, ever-changing, ever-growing nature of the New Orleans music scene.”

You were just on tour far far away in China. Let me first ask, how did the tour go and was this the furthest away that Naughty Professor has ventured?

Bowman & Shahin: “China was a thrilling new experience for the band. It was certainly the farthest we have toured away from home geographically, and the language barrier was a frequent reminder of how far we were from home. The people at our shows, however, both in the audience and on the production team, made us feel entirely welcome. With such enthusiastic crowd engagement and kind treatment, playing a new market halfway across the globe couldn’t have felt more like home.”

We think of jazz and particularly funk as so much of a North American, or at least a Westernized type of music. I’m curious as to know what the type of interest there is for your music in a place such as China or Asia in general. Is it just as high as it is closer to home?

Bowman & Shahin: “We have found in our recent international travels that there is a strong appreciation for jazz music outside of the United States. Both our European and Chinese tours were well received, and there seems to be a surprisingly strong market for jazz music in both places.”

So your new EP Everyday Shredder was released about a month ago now. How has this EP, or the group, progressed musically from the release of your 2017 full-length Identity?

Bowman & Shahin: “When we were writing the music for Identity, we were coming from a place of exploration and collaboration. We wanted to put our own sound into as many stylistic avenues as we could pursue. Someone would bring in an idea for a song and we would say ‘this sounds like a pop song, who can we get to sing on this?’ or ‘this sounds like a modern jazz song, maybe we should get someone to play keys.’ Some of the songs we would write already had someone in mind, and we would keep that artist’s style in mind when we were composing.

For Everyday Shredder, we decided not to have guests. Instead of trying to explore as many different styles as we could, we decided to focus on furthering the sound we had developed as a six-piece instrumental group in our albums prior to Identity. Making Identity enabled us to approach the composing process on Everyday Shredder a little differently, however. In the past, our instrumental compositions have been moulded by the traditions of jazz and funk. After exploring so many genres with Identity, we were able to take a more eclectic, open-minded approach to developing our instrumental sound on Everyday Shredder.”

What were some of the initial goals heading into composing Everyday Shredder? And did those goals change as you progressed along?

Bowman & Shahin: “When we decided to make Everyday Shredder, we already had a couple of songs written. We decided that these songs would work well for our classic six-piece instrumentation, and resolved to make an instrumental EP. As we continued writing the music, we moved in an experimental, ambitious direction that represents both a progression of our own instrumental sound and a side of our collective taste in modern music.”

Being a six-piece band, I’m sure everyone comes in with their individual ideas when you were composing Everyday Shredder. Is this a real challenge to bring together so many visions and objectives without hurting any feelings?

Bowman & Shahin: “Naughty Professor is a six-piece band with six leaders. Each one of us brings a different energy and a different set of musical interests. We all bring in our different ideas to the songwriting process and often times they clash. Fortunately, there is a lot of mutual respect for our individual creative minds, and a collective interest in progressing the band’s musical output that outweighs our individual egos. While ideas sometimes get shot down and feelings sometimes get hurt, we do a pretty good job of trying everyone’s ideas before we decide on one, and making songwriting decisions with an objective mindset in a democratic fashion.”

Now that it’s been out for a few weeks, are there any parts or aspects of Everyday Shredder that you listen back to and why, “man, I wish I could go back and change that?”

Bowman & Shahin: “I think it’s fair to say that for the vast majority of recorded music, the musicians who recorded it will look back and want to change things. Part of the artistic process is striving for constant betterment, and without a certain amount of self-criticism, this driving motivation wouldn’t exist. I definitely look back on Everyday Shredder and think ‘I could have played that better’ pretty frequently, but that thought is balanced by my understanding that recorded music represents the sound of an artist at only one instance in time, and that little imperfections add to the overall humanity and sometimes beauty of a recording.” 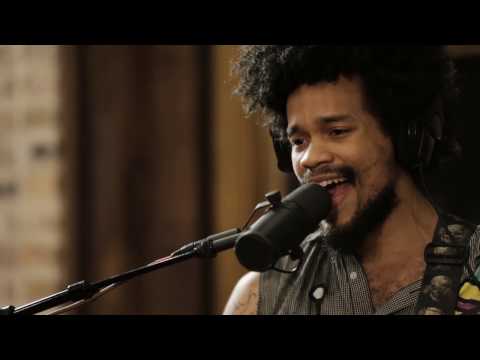 Aside from releasing your own material, you’ve served as the touring band for hip-hop artist Chali 2na of the near-legendary Jurassic 5. How did you and Chali initially meet and then come to working together?

Bowman & Shahin: “Working with Chali has been a fun and vibrant experience across the board. We first met him at the Brooklyn Bowl in New York. We were opening for Galactic and he was a featured artist with them that night. We shared mutual enjoyment and appreciation for the collective performances and stayed connected for many projects over the years. We’ve collaborated on recordings for our projects as well as his, and done live shows where we perform a wide variety of material including J5.”

I would imagine Chali’s audiences are somewhat different than when you play a show on your own. How does the hip-hop crowd take to you as a band as compared to your own typical audience?

Bowman & Shahin: “Chali 2na has really done a great job of playing with a wide variety of styles and orchestrations throughout his career, and has a history of creating bridges with live bands such as Ozomatli and Galactic. As a result of that, audiences have a context for that crossover and audiences have been very responsive when we play together.”

Tell us what’s next for Naughty Professor. Is there new music you’re already working on? More touring? Tell us what to expect.

Bowman & Shahin: “We will have a collection of domestic and international tour dates that we’re excited about in the first half of 2020 as well as being home in New Orleans for Mardi Gras and Jazz Fest. New music is always on the horizon, as we hope to increase output and creativity with some upcoming time off.”