Judith Owen is an internationally acclaimed pianist, vocalist and performer whose stylistic range spans rock, pop, classical, jazz, blues and musical theatre. She’s also something of a provocateur. On her captivating and riotously funny new single, “Second-Hand Sexbot,” she weaves a wondrously strange tale of loneliness and isolation as a reflection of the growing demand for lifelike AI-enhanced love dolls as replacement companions. Joining her on guitar for this track is her old friend, British folk-rock legend Richard Thompson, who shares Owen’s dark and twisted sense of humour.

The song is officially released today, and we are thrilled to offer a premiere.

Owen explains that she was inspired to write “Second-Hand Sexbot” after catching a late-night TV show documenting a man who had purchased an anthropomorphic robot sex doll. “He was talking about how technically advanced these robots have become and how, in addition to having sex with it, he saw it as his ‘girlfriend’ and treated it with great care and tenderness,” Owen recalls. “At first, I thought, ‘Okay, I’m not going to be judgmental because he’s obviously a lonely single man, and he’s not hurting anyone.’ We’re at a place in society where we’re behind our computers so much that we hardly talk or interact with other humans at all.”

However, Owen’s head spun around when the man admitted that, due to the high price of AI dolls, he’d gone on a Craigslist-type website and bought a “second-hand sexbot.” “My eyes lit up,” Owen says. “I thought, ‘There’s so many things wrong with that.’ For instance, wear and tear?”

Owen immediately added “Second-Hand Sexbot” to her live shows, including one recent appearance coincidentally attended by a host of artificial intelligence experts. “After I sang it for them, they announced that it was a hit and that they would vote it as their favorite song of all time,” she says. “To get their stamp of approval sealed the deal for me.” 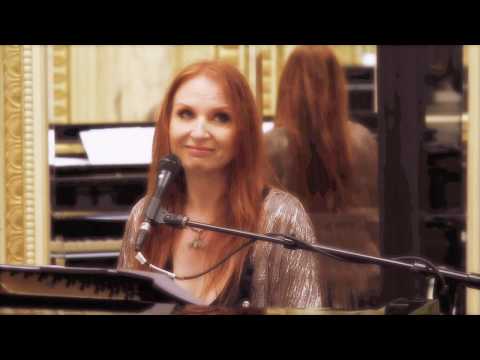 Owen’s humour was also on full display earlier this month for an all-star spectacle at L.A.’s Wiltern Theatre celebrating the work of Spinal Tap’s Derek Smalls (aka Owen’s husband Harry Shearer). With a band comprised of a 48-piece orchestra along with Paul Shaffer, Dweezil Zappa and other luminaries, Owen stole the show by performing the Spinal Tap classic “Sex Farm” in full diva mode.

Dweezil’s father once posed the question, “Does humour belong in music?” Judith Owen’s response is a resounding yes, if only to counterbalance the negativity and injustice in the world that her music also addresses. “Second-Hand Sexbot” is available on all digital platforms, or through judithowen.net. 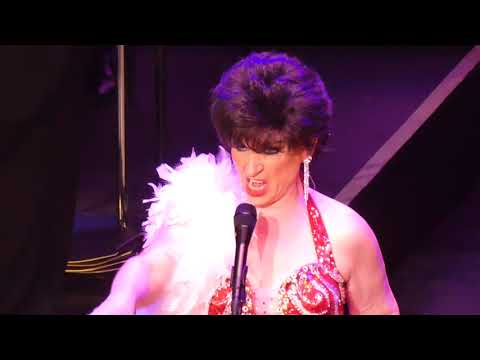