The brainchild of two-time JUNO nominee and best-selling historian Jason Wilson, Sumach Roots draws from a deep well of sounds—from traditional British folk to bebop jazz and classic reggae—in order to tell the stories of those who built Toronto, both literally and culturally.

With a top-flight cast of performers joining him on stage and in the studio—including Rupert “Ojiji” Harvey of Canadian reggae legends Messenjah, and guitarist Carl Harvey of Toots & The Maytals—Sumach Roots tackles such subject matter as the late 18th Century diaries of Elizabeth Simcoe, the great Toronto fires of 1902 and 1904, the construction of the CN Tower in the early 1970s, and other crucial moments that illuminate the host and immigrant experience in Toronto.

Since the early 1990s, Jason Wilson has been able to balance his academic and writing pursuits with a musical career that began with the internationally successful reggae band Tabarruk, whose debut album featured a guest appearance by Alanis Morrissette. Wilson’s subsequent profile in the reggae field led him to work closely with Jamaican-Canadian reggae pioneer Jackie Mittoo, as well as recording and performing with UB40, the legendary Jamaican guitarist Ernest Ranglin and James Brown/Van Morrison saxophonist Pee Wee Ellis.

Although Wilson’s passion for reggae has also resulted in his new book King Alpha’s Song In A Strange Land—a history of Canadian reggae to published this February by UBC Press—his musical career has also crossed into the folk world through his past collaboration with the late, great British fiddler Dave Swarbrick. All of these elements come together on Sumach Roots, and we’re thrilled to have Jason Wilson further explain the real-life characters and events that inspired each song on the album.

01. “We”
“We acknowledge the land. We acknowledge that all of us in old Upper Canada are on the traditional territories of the Mississaugas of the New Credit, the Anishnabeg, the Chippewa, the Haudenosaunee and the Huron-Wendat peoples. We acknowledge each other and see the only way forward—together, we. Gabe Gaudet wrote lyrics in James Bay Cree:
‘Ah nooch/ Ni wi si ti no wak/ Kah ki wi kik chik/ Uh-tah ah skik/ Kah shi ni poo yuk/ An ni kik/ Mississauga of the New Credit/ Eh ko ma ka/ Haudenosaunee/ Eh ko ma ka/ Huron-Wendat’”

02. “Posthuma”
“Elizabeth Simcoe’s diaries, personal letters and watercolours captured the essence of early York from an English perspective. Her husband, the Governor, served Upper Canada during an age of slavery and when questions of land ownership were being contested. Unsurprisingly, Thayendanegea (Joseph Brant) had different ideas for his own people. While the Brants and Simcoes may have held contrasting perspectives on land, both families experienced loss.”

03. “Lads of Lombard Hall”
“Toronto’s Great Fire of 1904 fire cost a staggering $10,000,000, left 5,000 out of work and forever changed the city’s landscape. Two years previous, a fire at McIntosh & Son’s storage warehouse took the lives of five firefighters, three of whom were from Lombard Street Fire Hall. 75,000 Torontonians lined the streets to honour the five men. Fighting in the 1904 fire, we imagine James Potts addressing his fallen comrade David See.”

04. “KHAQQ (Hold On)”
“Amelia Earhart served in the Voluntary Aid Detachment at Toronto’s Spadina Military Convalescent Hospital during the First World War. Toronto had, at the time, the most intensive flying corps in North America. The future flying ace became fully intoxicated with what she witnessed up above the clouds and later become the first female aviator to fly solo across the Atlantic. With her sights set on circumnavigating the globe, Amelia disappeared over the Pacific in early July 1937 with her navigator Fred Noonan. Gertrude Crabbe, a “ham” radio operator on Ashdale Avenue, received perhaps the last message sent by KHAQQ, Amelia’s call sign.”

05. “Lynx Canadensis”
“The lynx have suffered greatly at the hands of humans. Like so many other species, they have lost vast tracts of their habitat due to human incursion. They have likewise been hunted unrelentingly for their prized skin. Our climate emergency has also taken its toll on the lives of the lynx. Sister and Brother consider these strange sapiens from what they believe is a safe distance away.”

06. “The Tall Tales of Lester Stuard”
“There were approximately twenty blacks in York in 1802. Some were slaves, others free. Some blacks had been freed as a result of fighting for the British in Loyalist units such as The Black Brigade, The Black Pioneers or The Ethiopian Regiment. We don’t know much about Lester Stuard, but we do know he played fiddle and told ‘tall tales’ at Ely Playter’s Tavern at King and Caroline (Toronto’s present-day Sherbourne Street). Perhaps Lester was one of the many blacks who had come from the West Indies, where Anancy the spider – the irascible and lovable star of west-African storytelling – featured prominently.”

07. “The Night We Won the War”
“Theodocia Logvinoff led an extraordinary life. Born in Russia, Logvinoff met future Toronto Maple Leafs’ owner Conn Smythe while both men were in a German prisoner of war camp during the First World War. There, Logvinoff gave Smythe a pair of knee-high leather boots for which Smythe was forever grateful. Many years later, Smythe employed Logvinoff as the equipment manager of Maple Leaf Gardens. Logvinoff fought for the Whites against the Reds during the Russian Revolution; became a customs agent in China; met his wife Phyllis Moore at a Russian art exhibition at Toronto’s Grange while on leave in 1925; returned to China with his wife and children and suffered through the Rape of Nanjing and the Second World War. He eventually settled in Toronto in time to see Bill Barilko score his famous goal and see his daughter Maria dance with the National Ballet of Canada.”

08. “Happy Little Sisyphus”
“Our identities – shaped, refracted and warped by time and history – are both enriched and upended by genetic maps. Certainly, our DNA can validate a ‘sense of self,’ but a political requirement to prove our identity can also split us apart socially. Is identity a key that allows us to enjoy, consume and create culture, or is it a lock that prevents us from straying into realms not mapped by our genetics? Are we never to discuss where our imagined cultures and presumed traditions intersect? As artist-author Michalis Pichler aptly surmised: ‘Maybe the belief that an appropriation is always a conscious strategic decision made by an author is just as naive as believing in an ‘original’ author in the first place.’”

09. “Fort Rouillé”
“Fort Rouillé was a French trading post in Toronto during the middle of the eighteenth century. Built near the mouth of the Humber River and along the Toronto Carrying-Place Trail, the fort was established to intercept trade between indigenous traders and British fur-traders stationed at Fort Oswego. It was wildly successful, but also short-lived. Fort Rouillé was evacuated and burned down by the French in 1759 during the Seven Years’ War. The remains of the fort are now part of the public lands of Exhibition Place.”

10. “Eugene (No Fear of Flying)”
“Sixty people died during the construction of the World Trade Centre in Lower Manhattan, completed in 1973. That same year, construction began on Toronto’s CN Tower. Many Haudenosaunee and Mi’kmaq ironworkers were involved in both projects. Today, approximately 500 of Ontario’s 3,500 ironworkers are Haudenosaunee. Scaling CN’s tower, Eugene cannot help think about his father who likewise ‘walked the iron.’” 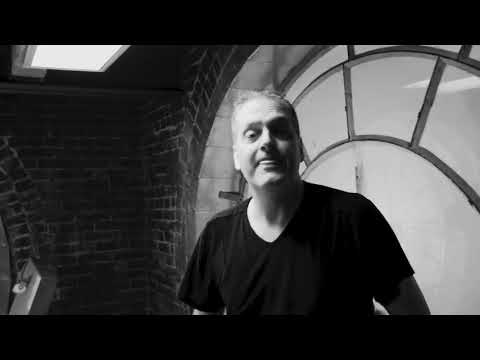